Vickie and I are so grateful to have the opportunity to serve the Lord as Pastor at Eubank.  Vickie and I came in the summer of 2014 to Eubank and have made Eubank our home.  As pastor, it is my desire to know every person in the congregation and love each of them with the love of Jesus!  Vickie and I have been married since 1995,   We have five children: Hannah is married to Jake and they have one daughter, Mary-Cate, Joshua is in the Army and is engaged to Taylor, Daniel, Lydia, and Noah are still at home.  Please allow us to get to know your family!

Pastor Scott has a shepherd's heart.  He gave his heart to Christ at an early age and was raised by Godly parents.  He began his life of Christian service at the age of 15 as a music director at his home church, New Friendship Baptist Church in Auburn, KY.  He attributes his coming to Christ to the heritage of faithfulness in which he was raised.  He was ordained June 20, 1992 by New Friendship and began his pastoral ministry at that time.  While pastoral leadership is certainly his calling and giftedness, singing is still a large part of his life.  Pastor Scott is a graduate of Mid-Continent University and The Southern Baptist Theological Seminary.  While he is proud of his degrees, he wouldn't trade anything for the practical experience he has gleaned over the years.  His desire is to honor God through solid, biblical, pastoral leadership.  Pastor Scott has a love for people, commitment to the Word, compassionate personality, and spiritual discernment.

Pastor Scott considers Vickie to be one of God's greatest blessings upon his life. Vickie's giftedness includes spiritual discernment, encouragement, teaching, the gift of hospitality, counseling and mentoring young ladies, and serving wherever she is needed.  Vickie is an essential part of the ministry to which God has called them.  She takes great pride in being a pastor's wife.

Pastor Scott and Vickie are proud parents of three children by birth and two children by adoption.  Joshua and Daniel were both adopted at separate times into the Hughes family.  Daniel came to the family December 20, 2005 and Joshua came to the family December 20, 2006.  Pastor Scott and Vickie enjoy talking about this aspect of their lives.  Feel free to ask questions about the boy's adoptions.

Aside from the ministry to which God has called him, Pastor Scott also enjoys home improvement projects, working on vehicles, woodworking, woodcarving, cooking, going out to eat, and visiting with friends.

Psalm 150:6 instructs; “Let everything that has breath praise the Lord!” It is our intent at Eubank that we proclaim the glory of the Lord during our worship time together. Come join us in lifting our voices in praise to the Risen King.

I am a long time member of Eubank Baptist Church and have been privileged to serve the Lord as secretary since March 2003.  I have been a widow since December 1995 when my husband Stanley passed from a lengthy illness.  I enjoy ministering to the entire church family, but especially feel close to Ladies who have lost a spouse through death or divorce.  I like to watch UK basketball and spend time with my cat "Princess Prissy!" 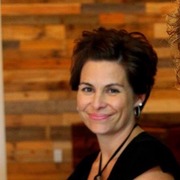